It was a pretty cold night in the hut, when we woke up the Garmin read 7 degrees. Still, I slept pretty well due to the heavy day of climbing and four bottles of red the day before. Tennis is still sleeping rough, he keeps trying to fix his mat with various tapes but has had no success.   Soon enough he’ll have enough tape on there to cushion his hips and he should be sweet.

After five days of riding the legs are starting to feel a little tight. Big stretching sessions morning and night – I also managed to find a smooth bit of Jarrah for some ITB log rolling. 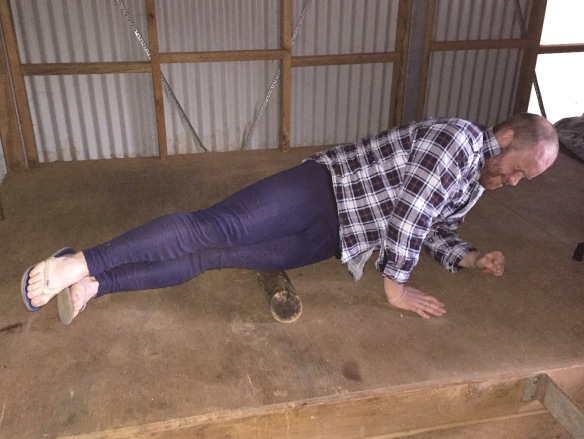 It’s a shame to leave this hut, it’s so nice, but apparently they keep getting better as you head south. After some coffee and noodles we set off for Dwellingup, a quaint little country town with provisions and a pub. 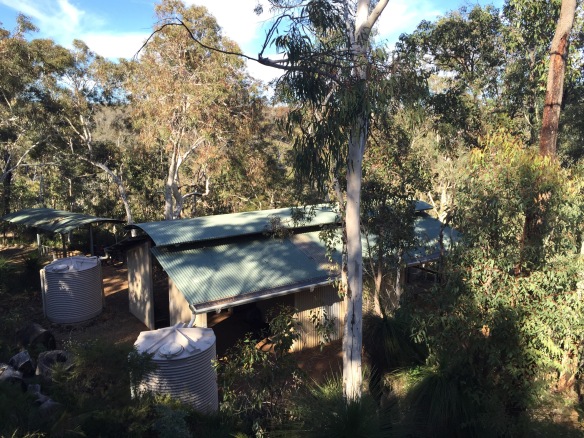 The climb out of camp wasn’t as fun as the descent into it, particularly as Tennis managed to get another flat tyre less than 500m from camp. I think one of his wheels took a few bumps on the plane and the dented rim might be contributing to these issues. We might try and get that seen to in Collie.

The repair is pretty quick with CO2 and we were on our way within about 10 min.

The single track trail undulates through dense Jarrah forest for the next 10km or so. The surface is markedly easier to ride on than some of the northern sections, but there are still areas of pea gravel and sand which present little challenges along the way; you can’t zone out like you can when you’re on a road. 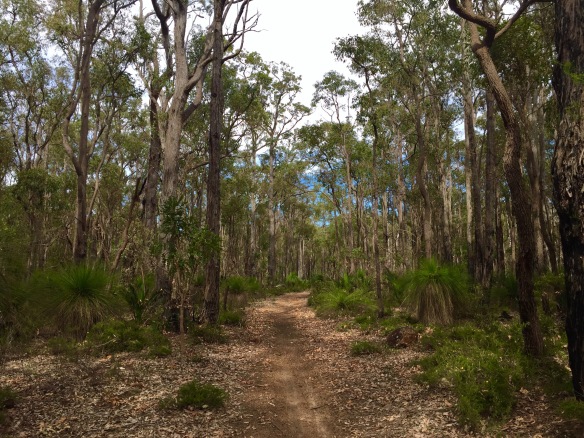 The trail has many other little challenges too, deep ruts and fallen logs also keep you on your toes. 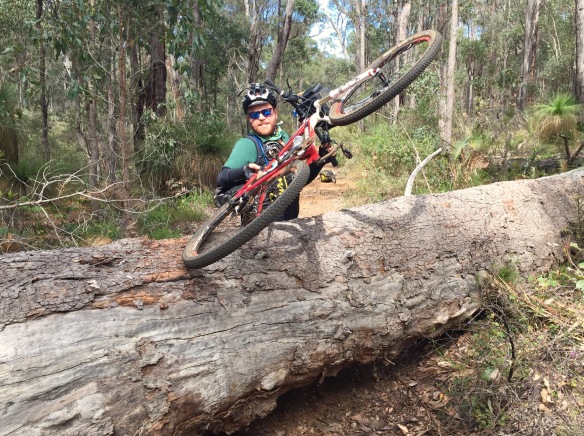 After a short stint on asphalt, the trail turns up Scarp Road. Lots of roads around here seem to be called Scarp Road and the trail uses many of them to link sections of single track. They’re generally quite steep as they follow the ridge of the Darling Scarp.

There’s another permanent diversion in this area for the Alcoa aluminium mine. The detour takes you under some high voltage power lines and over an ore conveyor….interesting, but I’m sure not as nice as the original trail.

It only lasts a few kms and you shortly return to awesome single track. The wild Creambush flowers overhang from both sides of the trail.

We then (generally) followed an unsealed road past Marrinup falls and into Dwellingup. The last few kms into town were brilliant, tight trail through very dense forest – very fun to ride.

Another heavy day of climbing of around 750m, our legs are definitely feeling the cumulative effect of several 5+ hour days in a row.

We grabbed a late lunch at the pub and caught up with Shaun, who’d left camp early and been looking around town for a couple of hours.

Ron showed up a few hours later; he’d had to thumb a ride into town with a local farmer due to an irreparable flat tyre. He’s made of pretty tough stuff, Ron. Not a lot of 75 year olds would even attempt this, let alone put up with all the challenges the Munda Biddi has thrown at him so far.

There’s not a lot in Dwellingup – a general store, Post Office/Camping supply store, a few cafes and a pub. The local bike/kayak hire centre does stock a few essentials for the bike if you need to stock up on spares. Unfortunately they didn’t have CO2 canisters which is what we’re short of given Tennis’ rear wheel issues. 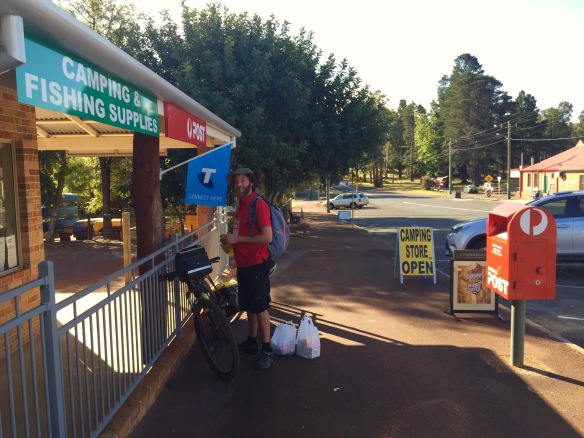 I’ve been a bit disappointed at the lack of good bakeries in these small WA towns, we haven’t come across one yet. Perhaps we’re just spoilt in SA.
We grabbed a dorm room at the caravan park, then reconvened with the group for dinner at the pub. $15 porterhouse steaks on Wednesdays, really hit the spot. 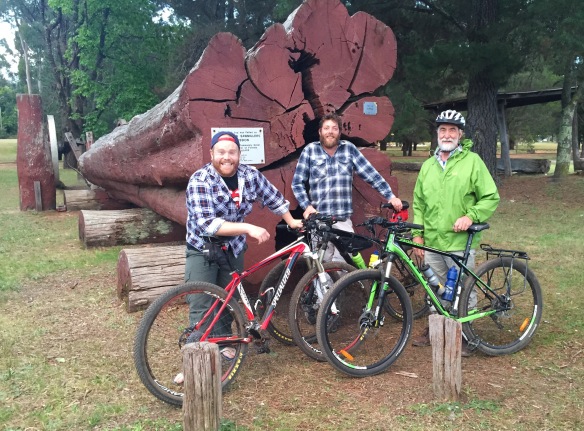 Big day tomorrow, our longest yet at over 60km. I know these don’t sound like long days….you could probably churn out 60km before breakfast on a roadie, but on hilly single track with loose gravel surface, towing a traile and averaging less than 10km/hr, 60km feels like a lot more!